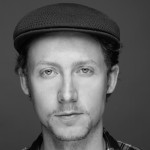 Martin graduated with a BA/hons degree in Music Performance and has since  been teaching and performing for over 8 years. He is a versatile teacher and has helped students in a broad range of musical styles whether it’s just for fun or doing grades Martin is experienced and encouraging.

Martin is a regular performer with various bands in London and Brighton as well as being the principle drum assessor for The Brighton Institute of Modern Music. His lessons cover sight reading, overall technique development and are tailored to each individual from beginners to advanced. 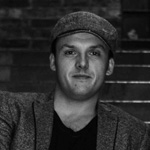 Ben Matthews began playing drums aged 8 and studied with various local teachers up to the age of 16. After leaving school, Ben attended the London Music School where he studied drum kit and musical performance.

From 2000 to 2010 he studied with renowned teacher Bob Armstrong.

Since turning pro in 2000, Ben has recorded with many European and US Artists, and shared the stage with acts like Jason Mraz, Bruno Mars, Newton Falkner and Bushwalla.  All experiences that have enhanced Ben’s ability to teach a variety of musical styles and adapt to different performance settings. Ben teaches all levels from beginners through to our Master Series Lessons. 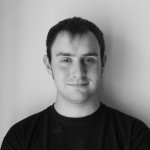 Mark has been working as a professional teacher and performer for the last 10 years. He has performed with numerous original artists live and in the studio, including EP releases, music videos, recording at Universal Studios London and performing at Latitude festival.

He has studied with the likes of Pat Garvey, Adam Bushell and Steve White, and graduated from University of Sussex with a BA Hons in Professional Musicianship. Mark is a friendly, experienced and versatile tutor; he takes special care to tailor his lessons to each individuals learning style and goals. 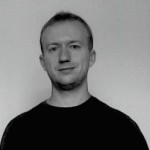 Chris has been drumming in bands, orchestras and ensembles for over ten years. In that time he has gigged extensively, worked with top 40 producers and has been filmed for BB3 and SkyOne.  Since graduating from The London Centre of Contemporary Music he has been busy teaching, performing and producing music.

He has a flexible and enthusiastic style and has tutored beginners to advanced levels. His lessons are carefully planned and cover everything you need to know to get the most out of playing the drums. 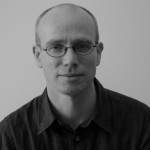 Milo has been playing drums and percussion professionally for over 20 years. He has performed all over the UK and Europe with many world class Jazz, Latin, African and Electronica acts, including The Cinematic Orchestra, Tango Siempre, Mark Murphy and Tim Whitehead. He has recorded over 30 CDs as well as playing on TV adverts. From 2011 to 2013 Milo played in the West End and toured with the acclaimed dance show Midnight Tango.  Milo has many years teaching experience, in primary and secondary schools as well as pre-school music groups and adults. He has prepared many students for grade exams and GCSE and A-Level performances. For more advanced students, Milo specialises in Jazz drumming as well as Brazilian, West African, Cuban and South Indian percussion styles and techniques. 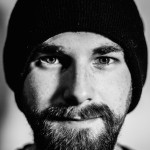 Evan has enjoyed plenty of success early in his career as a recording and touring session percussionist and teacher. He has been lucky enough to have privately studied with some of the most renowned drummers in the UK including Pat Garvey and Cormac Byrne and has toured the UK and Europe with a number of musical acts and productions including The Willows, Sam Kelly, STARK and The Paraiso School of Samba.  With a BA hons degree from the University of Sussex in Professional Musicianship, Evan is equally at home behind the kit or in the pit with a diverse range of styles both classical and contemporary. Evan is happy to start from the ground up and take the lessons in any direction a student wants to go in, whilst most importantly making lessons fun.

Feel free to fill in our full application form on our contact page or use the details below:

© Love Music
Back to Top
Enter your Infotext or Widgets here...